A Memoir by Lisa Vaughn


Lisa was conservatively raised in a Catholic family in no-where middle America, where excitement is scarce and dreams are for sleeping. Little did she know, at age thirteen, she would suddenly find herself on a totally different path.

Through an unlikely chance meeting of a fellow classmate, she's surprisingly mesmerized, almost consumed, to befriend a girl who is obviously from the other side of the tracks...the cool side. Lisa does whatever she has to just to be accepted into this small club of coolness. Little did she realize, she was signing up for a lot more than social status. The two best friends find themselves innocently taking their relationship to a foreign level neither had experienced or saw coming.

A rollercoaster ride littered with choices and challenges Lisa never fathomed facing, especially in no-where middle America. She will find out what she is made of as she faces the consequences and struggles that come along with going against the grain.

Throughout their six year relationship, you will witness a touching story of human nature at its best...and at its worst. Showing just how far the human spirit can be challenged and pushed to a point where your “fight or flight” instincts naturally kick in. Struggling just to survive in a world where you are not like everyone else, but at the same time you really are. The daily struggles - both internal and external - are exhausting, yet necessary in their quest for one simple human need....love.

Finally breaking through all constraints that hold them back, reaching levels of one-ness that few actually obtain in a lifetime with their partner...only to find once they've reached that special place, it's not quite the right fit...for one of them, at least.

This contemporary story, told in the voice of the teen that lived it, will lead the reader through highs and lows, giving insight to the everyday challenges of the socially unaccepted, which will no doubt leave them rooting for the underdog. A true story of human resilience and the power of love...plain and simple.
*Please be advised, this memoir is real, honest, and raw. If you're looking for your typical 'sterilized' read, I'm not your girl - but if you're looking for a read that is written from the heart, certain to impact you on a human level, follow me! Have I got a story for you! 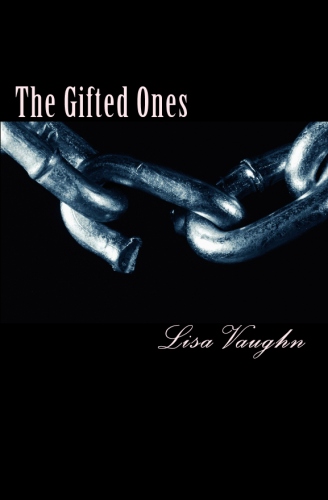 AVAILABLE AT THE FOLLOWING LINKS:

Did you know there are plenty of fab groups on Facebook that showcase indie authors and their work? Find your next fave read! Every genre for every taste...
(copy & paste from the list below)

http://www.youtube.com/watch?v=8RcjUBe96FM&feature=youtube_gdata_player
Posted by Lisa Vaughn at 7:11 AM 3 comments:

The Gifted Ones Book Trailer!

It was as if a freight train had hit me. That's the only feeling I remember. Within a fraction of a second, I felt as if I couldn't breathe, could possibly pass out...or just die.

I was home, killing time upstairs in my room, like your typical teenager. My dad was also home, so it must've been a weekend. My name echoed from the bottom of the stairs, summoning me to the kitchen table. If only I knew then what I would soon come to know, I would've jumped out my bedroom window and never looked back. Caught completely off guard, like a lamb being led to slaughter, totally unaware of the shit storm ahead, I be-bopped down the staircase, as my mom gestured for me to take a seat, which I did voluntarily. Seemingly, out of nowhere, something flew from behind me - over the top of my head, practically grazing my skull. A dull thud diverted my attention as "it" plopped directly in front of me, landing on the kitchen table. Taking a few minutes to focus, I began to digest what I was seeing. I think my heart started pounding a few seconds before my brain told me what I saw.

"It" was my diary. MY f*#*ing diary! My PRIVATE diary! Blood rushed to my head, flushing it beet red, as perspiration instantly broke out from every pore, covering my young, adolescent body. I had never felt this level of fear before in my life - not even while giving an oral report in front of the class. My whole world passed before my eyes, and in a flash, I realized life as I knew it was about to change drastically. If there had ever been a better time to be stricken with a heart-attack and die, it would have been convenient then. I was not that lucky.

The first words spoken were my mother's. "What the hell is this?", she said sternly, in a low voice I hadn't heard before then. I felt the lump in my throat swell, blocking off my ability to speak. My mind was racing. What was I going to say? Desperation took over. In a lame attempt to get out of this tightening noose, I started to laugh. They looked at me as if I were insane, and frankly, at that moment, I truly believe I was. I opened my mouth and started to explain that this was not MY diary, but writings for a play I had been working on for school. It wasn't a true story, or even about me actually. I was abruptly cut off from my babbling web of deceit. Apparently, Peggy had had enough of my deceiving lies and wanted to know the truth. My immature mind raced as I searched my creative lobes for a more convincing route, but there was nothing more I could say. It was all right there in black-and-white, ratting me out like a two-faced friend. My beautiful writings of my incredible journey, my unbelievable love, sitting there on the family table right before my eyes...and theirs.

Funny, they didn't see it like that at all. The words in my diary held no beauty to them. Instead, my own words, the words that gave me so much comfort when I had no one else to talk to, had turned against me, backing me into a corner. A corner in hell!

All they saw was ugliness. The look on their faces told me right away that I was not winning over this crowd. I sat silently for what seemed like hours. My beautiful, perfect world was closing in around me, and there was nothing I could do. I felt as if I were sinking to the bottom of a pool with a concrete block tied to my ankle. The two people that had raised and nurtured me, who supposedly loved me, had suddenly turned on me. I was now their enemy in a matter of mere minutes. Do you know what that feels like? It feels like everything you ever trusted in your life was suddenly a lie, and always had been, you just happened to be the fool that didn't catch on soon enough. I felt abandoned, I felt stupid, I felt so alone - surrounded by my so-called-family.

And that's when my true, "official" introduction to hell would begin.

Goodreads reviews for The Gifted Ones

PLEASE SEE OTHER REVIEWS FOUND ON THESE SITES:

Lisa Vaughn
From sunny Florida!
I'm a self-proclaimed hippie chick that enjoys living easy with a beach in my background. An artist practically from birth, I am always looking for a creative outlet to express myself... 'The Gifted Ones' just happens to be my latest creation of self expression. "I'm just a chick with a story... everyone has one, this just happens to be mine."

Are you still with your 'first' love?

Find me on Goodreads! 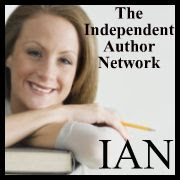 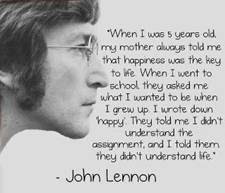